The start of Hanukkah coincided this year with the Christian Advent. I love the Advent season. The four weeks leading up to Christmas Day are reflective and a centering time of faith. I found it very enlightening to reflect on the Hanukkah tradition during this time of faithful reflection.

We lit the Menorah on Sunday evening and every night afterward for eight nights. Each night, we held the shamash candle and read the prayer of blessing, thanking God for the miracle of life and praying for justice in the world. The shamash candle is the one in the center. Each night, it is lit after the prayers of blessing and then used to light the other candles, which grow in number every night.

Hanukkah celebrates the victory of the Maccabees over their oppressors and the miracle God performed at the temple by keeping the Menorah lite for eight nights, even though there was only one night’s worth of oil. The complete historiographical account can be read in the books of Maccabees, which is an apocryphal book of the Bible. The 1 & 2 Maccabees are not part of the Hebrew Bible canon nor the protestant Old Testament, but they are contained in the Catholic Bible, along with other apocryphal books, which provide supplemental accounts from similar periods. While the Maccabean revolt is not included in the Hebrew Bible, the tradition of lighting the lamp in the temple goes back to the Torah. The tradition of celebrating God’s miracles is an ancient Jewish tradition.

The modern Hanukkah celebration includes eight nights of eating dinner, playing games, and socializing with family. Sometimes there is gift-giving. However, from what I’ve read, the modern emphasis is on thinking about and giving to help bring about justice. This can be done by donating to a local charity or serving the less fortunate locally. I suppose that this attitude of giving that is an integral part of Hanukkah coincides with what is commonly referred to as “the Christmas spirit” or “the holiday spirit.” So, I can see why people get the idea that Hanukkah is a “Jewish Christmas,” which I have commonly heard it called. But Hanukkah is not Christmas, and calling it this diminishes its value and place in the Jewish culture. It also denies recognition of the meaning of Christmas and the Christian advent. The Advent of Christmas marks the new year in the Christian liturgical calendar, much like Sukkoth marks the new year of the Jewish calendar. You can read more about the Jewish New Year holiday at “Building a Sukkah to Remember God.”

The miracle of the menorah involved the supply of oil, so in true Jewish Holiday fashion, the food is representative of the holiday’s meaning, and we eat lots of oil-rich foods. We made potato latkes, which are fried potato pancakes. We also made sufganiyot, fried dough filled with a fruit compote or custard (ours were lime custard filled).

We enjoyed brisket and a side of green beans and mushrooms. We also included a bottle of Manishevitz to accompany the rich spread of food.

After dinner, we played the dreidel game. We used a silicone mold to make our dreidels out of clay. They turned out a little uneven but worked well enough. It took us a little while to get the hang of the rules, but essentially it is a gambling game. Each player antes up and spins. Turn by turn, you win or lose your ‘coins.’ Our first game was played with matchsticks, but the second night, we played with quarters, and then, I found gilded chocolate coins.

We had a lot of fun celebrating Hanukkah this year. I can see how the Jewish Holidays bring family and friends together. In stark contrast to the ascetic style of Christianity that influenced my childhood, Judaism is filled with long, seasonal holidays that require lots of people being involved, lots of food, and lots of drinking. I have also realized how Christian-centric the American calendar and American work and school expectations are. The long work and school breaks coincide with the Christmas Advent and the Roman calendar New Year. In contrast, the hectic and schedule-interrupting school year begins right at the same time as the Jewish New Year celebration and seasonal kickoff, Rosh Hashanah and Sukkot.

The coincidence of Hanukkah with Christmas has more to do with ancient traditions of celebrating an illumination-centric festival in the darkest part of winter. The Festival of Light, another name by which Hanukkah is known, celebrates lighting candles during the darkest winter days. The Christmas Advent does the same, lighting one candle each week leading up to Christmas Eve. Ancient winter solstice traditions marked the shortest and darkest days of winter with bonfires and even burning effigies so the gods would bring back the sunlight. The significance of a Festival of Light is tied to an ancient practice of lighting the way in the darkness and appealing to God for blessing and assurance. In my view, the more candles during the dark and short days of winter, the better. The emphasis on family and friends and food is a significant plus (especially with wine and fried foods!).

I am learning so much about how and why religious holidays are celebrated. I am constantly challenged by the reminder that Jewish holidays affirm prayers for God’s justice on earth and mark the many gifts God has given and God’s creation of everything.

Read more about the Jewish holidays I am celebrating by searching for “Jewish holidays” or looking up specific holidays like Shavu’ot, Passover, Sukkoth, or Lag Ba’Omer. The Jewish holidays can also be found under the category “Readings & Interpretations.” Also, check out this post on an interfaith discussion about the Festival of Light. 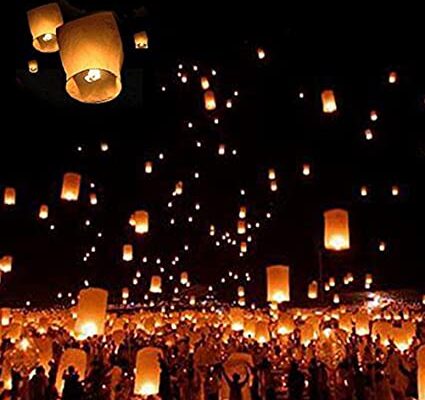