Read or Listen to the Blogcast

“Light is the left hand of darkness
and darkness the right hand of light.
Two are one, life and death, lying
together like lovers in kemmer,
like hands joined together,
like the end and the way.”
― Ursula K. Le Guin, The Left Hand of Darkness

Ursula K. Le Guin was an award-winning sci-fi author. One of her masterpiece creations is a book entitled The Left Hand of Darkness. The reader embarks on a long journey before the poem above is included, revealing the titular allusion to an eastern-style philosophy that is often represented inner own world by the popular yin yang symbol where yin and yang represent the binary complementary forces of life that make up all phenomena in existence. In Le Guin’s novel, the left hand of darkness is the right hand of light. There is dark and light in everything, even if you can only grab hold of one at a time.

Darkness is a moderately-paced narrative that provides one perspective at a time, and since the main protagonist is the first envoy to the planet, that perspective is tainted by ignorance. Several chapters into the novel, the reader is presented with the idea that most of the envoy’s trouble in communicating the opportunity for a peaceful alliance with a large conglomeration of planets effectively is due to misunderstanding and misinformation about the culture. Le Guin includes anthropological evaluations so that the protagonist considers how language and terminology have led to misinformation. The envoy realizes that even if he is unsuccessful in his mission, he will have laid the groundwork for future relations between the alliance of planets and this particular planet as the first ambassador. This keeps the stakes low but increases curiosity about the planet and its inhabitants.

Synopsis & Character in The Left Hand of Darkness

Genly Ai is the first ambassador to a planet that is mostly frozen. It is named “Winter” by the Ekumen alliance. The first half of the novel describes Genly’s attempts to understand the people of Winter, forge friendships in the name of diplomacy, and visit as many factions as possible. In addition to the linguistic and cultural challenges he faces as a foreigner, he also must be careful to dress more warmly than natives and eat more than he is used to because he is new to daily survival on an arctic planet. Darkness is the story of Genly’s gradual awareness of the people, the politics, and the planet’s culture. However, it is also the story of the people’s awareness that others live very differently and know nothing of their ways.

There is one unique genetic feature of the inhabitants of Winter that is never outright explained. The reader discovers its role in culture language as Genly does, as it comes up in his observations and interactions as well as through mythical and historical narratives, songs, and poems. The people of this planet are without gender, even though they require two complementary genders to procreate. Every individual, therefore, is normally what we would call nonbinary with the potential to change once per lunar month. During this week or so in the lunar month, called Kemmer, a person may become attached to another person also in a state of Kemmer. They form a temporary bond that results in one partner becoming masculine and the other becoming feminine. If they mate, the female will likely become pregnant with a child and remains female during gestation and post-natal care, while the male returns to their normal nonbinary form. These bonds are temporary and usually unrepeated. Due to this reality, a person may father several children before becoming a mother or vice versa. Children are raised by the community while their biological parents resume normal responsibilities.

Reception of The Left Hand of Darkness

Darkness has received a lot of praise for tackling how gender assignments influence the way people live their lives, how childcare works, the professional industry, and what is expected in relationships. However, the novel has also received criticism for reinforcing gender stereotypes and misogynistic views. The truth is, Le Guin, raising awareness of an issue that is not often visited by wider society, and this is why her novel deserves to be read and discussed.

The thing that I found most interesting was learning about how a nonbinary default affected the way society functioned on every level. There was no “second class” gender to become relegated to childcare and housework. Every person had the same opportunities and advantages. The gender assignments were temporary and functionary, and most importantly, impartial. Certainly, there were outliers and prejudices. Advanced technologies allowed for a person to embark on drug-induced Kemmer. There were also genetic outliers who were always in a state of Kemmer, though it was difficult to tell if these were exaggerated stories or actual since the characters witnessed none. A person who remained in or was stuck in Kemmer was labeled a pervert and often shunned from the community. This could have dire consequences in a cold climate. Genly was from a world like Earth. He was biologically male, and he was seen as an oddity by many and a pervert by some who did not understand or accept the idea of an alien visitor. Genly did not seem to recognize the significance of his own gender bias. At one point, he describes women in derogatory terms—fat, nosey, weak, and not likely to pursue careers in mathematics or science. It is shocking as a reader to “hear” Genly’s description to an alien who has never encountered a woman. Ignorance abounds.

Response to The Left Hand of Darkness

As much as Darkness is a book about how large a role gender plays in the structure of our own society (in contrast to the social economy of those who live on Winter), it is also a story about humility in cross-cultural communication, friendship and vulnerability, and social grace. Genly learns about the planet and its people, customs and eventually successfully uniting them with the alliance. However, it is the reader who has the most to gain by understanding the differences between Genly’s culture (i.e., our own) and the culture and society of Winter. There is the danger of misunderstanding even when two people speak the same language. There is the danger of misinterpreting a person’s emotional state as normal or abnormal depending on stereotypes about biological form. There is the danger of misassigning duties and functions based on prejudice rather than skill and desire. Le Guin crafted a story about gender fluidity in the guise of a sci-fi story about interstellar communication. The world she created challenges systemic prejudices and barriers that gender stereotypes reinforce in our own world. 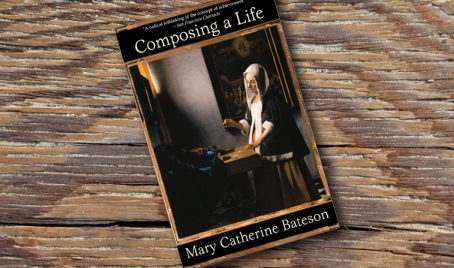 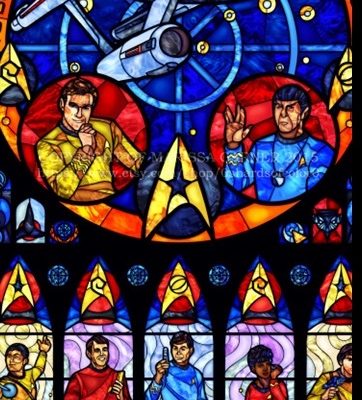