About the author—Mary Catherine Bateson is the daughter of two social anthropologists and scholars, Margaret Mead and Gregory Bateson. She is an anthropology scholar on her own right as well. From what I can tell, she is damn impressive, and this book is evidence of her thoughtful and thought-provoking interaction with life.

What drew me to this book—As I am working out how to best write about matters of theology and religious concepts in science fiction, I remembered my long-ago work in cultural anthropology. It occurred to me that what I am really doing is exploring an aspect of culture through observation, an ethnography. Bateson’s book was recommended in a course syllabus as a model for ethnographic composition. I was captured by the fact that Bateson was an anthropologist raised by anthropologists.

Composing a Life is a kind of auto-ethnography about women in their pursuit of achievement amidst expectations of gender, professionalism, creativity, and intelligence. Bateson speaks from personal experience, drawing on her own life as well as the experiences of her mother, as she describes various aspects of life for three other women who balance personal and professional ambition, family, love, and loss.

Bateson tells a story. She presents vignettes to the reader, snippets of her life, of the lives of her friends, that weave in and out of relational space. The stories themselves provide commentary on large world-shaping matters as they connect to actual experiences of the women. These topics include terminal illness, homelessness, poverty, technology, childbearing, racial discrimination, intercultural communication, misogyny, and scholarship.

While the reader is exposed to these topics through the lives of Bateson’s subjects, it is not brash or off-putting, as they sometimes can seem. Rather, Bateson pulls you into the story first, and then gives you a glimpse of a barrier, reflecting on its societal origination from discrimination or ignorance. She then leads the reader to a crossing point. Not all women are impeded by such barriers. Bateson’s story focuses on positive aspects of creativity and ingenuity. She critically comments on gender inequality in academia and in the workplace. Bateson draws attention to systemic problems, and then she tells how they are addressed, avoided, or ignored.

Composing a Life beautifully weaves the eventful and uneventful in a stream of story that draws the reader into an evaluation of self and society. The reader is prompted to reflect on questions of purpose and placement. How does my life shape the world around me? How does the world around me shape my life?

Even though I am a generation removed from the women in the stories, I found bits and pieces of myself scattered among their lives. I was presented with a mirror by which to see myself, and a light by which to examine the hows and whys that brought me to where I am today.

As a 21st Century scholar, I want to be seen for my accomplishments, my critical thoughts, apart from my gender. Composing a Life had a way of drawing me into dialogue with myself about what it means to be a woman in this world. Not only a woman, but what it means to have given birth, to raise children, and be a wife.

Bateson reflects a number of times on her own place as a woman. I see the struggle, because I experience it myself. A wife, a mother, always has one ear to the house (or the phone), anticipating the needs of her family before they appear, ready to jump at a moments notice—making it impossible to focus for a long period of time on a singular matter.

Through the stories of each of the lives of her friends, Bateson reflects on societal expectations of women. A woman’s priorities are secondary; which is how she accounts for so many households defaulting to follow a man’s career. I am reminded of so many women I have met along my own academic journey. Women who feel satisfied in completing a PhD, but will not ask their husband or children to uproot their lives and move for the sake of her career. It is far more common for a woman to retool or adapt her skillset to fit the career path of her husband.

Bateson acknowledges that in the workplace even men who support women in leadership as a priority, can sometimes become secondary themselves. “When a man accepts the vulnerabilities associated with a woman’s position, he is double vulnerable. For a woman it is familiar territory.” (88) Therefore, a woman will avoid asserting her own power or right of authority not only to protect herself, but to keep their supportive male colleagues safe from scrutiny of other men. Bateson believes that a woman has a tendency to prioritize and work for the success of her partner. Because of this, homosexual relationships are apt to thrive without the problem of a falsely equated power disparity from gendered assignments.

There reader cannot get away from being confronted with social discrimination and its affect on women. The passionate response of a push to equality asserts that difference is irrelevant; but this merely results in satisfying social justice with the appearance of equal access rather than the access itself. This is evidenced by the fact that even when there is intent of inclusion for women or racial minorities, they are treated as juniors, as secondary. “The misogynist works to exclude women, the friendly father figure works to keep them infantile.” (108) This is evidence also as a woman ages in her profession, where, Bateson comments, sexism slides into a version of ageism.

A potential solution—interdependence. Creating an inclusive model that relies on elements of difference will encourage relationships of interlocking needs. There will be elements of commonality between humans. Viewing each other as collaborators in a process works toward eliminating exploitative relationship. Bateson advocates for models of interdependence, not only in human relationship but in working alongside technology as well. We must reject the master-slave relationship in order to build a paradigm of collaboration. As social justice conversations fail to accomplish more than the appearance of equity, a new focus on interdependence would bring better clarity and opportunities for stronger connections between individuals.

Recommendation—Mary Catherine Bateson’s book, Composing a Life, is a marvelous story about business, academics, art, and social change in the late 20th Century. The stories of four women whose lives and ambitions are very different, find intersection on matters of principle, discrimination, unexpected barriers, creative solutions, strength, purpose, and ingenuity. This book is a good choice for anyone seeking to think more deeply about systemic issues in 20th-21st Century North America or consider how gender roles are shaped in society. It is also a wonderful book for any woman who is trying to find her identity in the midst of life’s challenges. Strong thank you to Bateson for her work and contribution to critical thought. 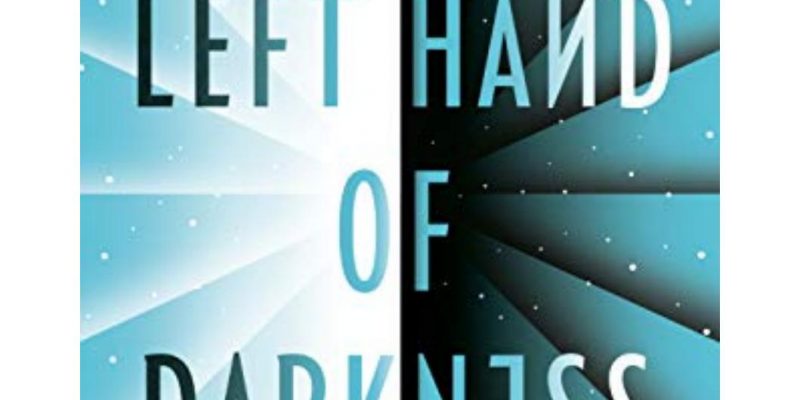