In the third book of the Narnia chronicles, The Voyage of the Dawn Treader, we get a new human character, Eustice. And Eustice lacks the creative education to keep up with the wonder of Narnia. His obsession is with science and observation rather than with fantasy. Eustace criticizes Edmond and Lucy for wasting time reading fiction and talking about a make-believe world, while Edmond insults Eustace for wasting his time learning useless facts. Throughout the story, the children and Prince Caspian encounter several different adventures as they explore the Islands along the oceans of Narnia. Along the way, they discover that truths are more readily found when one is open to believing the fantastic.

The author, C. S. Lewis, emphasizes his concern about the direction of the modern education of reason. There are several references to characters “reading the wrong sorts of books” instead of allowing oneself to practice imagination. Eustace is the epitome of the wrongly educated. He does not engage in fantasy. He is uncreative and only concerned with what is factual according to his singular perspective. Lewis’s concern about modern education standards first appears in The Lion, the Witch, and the Wardrobe when the professor shakes his head and says, “what DO they teach these kids?” Lewis subtly draws attention to the loss of belief in the fantastic that became a marker of reason in the modern age of education, reaching a climax in mid-twentieth Century rationale. The popularity of the Narnia Chronicles suggests that there is still a great value for fantasy. Something calls to the creative mind, awakening the senses and encouraging readers to consider the possibilities of worlds beyond our own.

Eustice is new to the world of Narnia in this book, but after his reformation, he becomes a regular. The narrator criticizes him for his posh upbringing in Cambridge. He is undisciplined, spoiled, and without imagination. Ripe for conversion. And conversion is exactly what he gets. If The Lion, the Witch, and the Wardrobe gives Christians a metaphorical retelling of the Christ who dies and resurrects to save everyone, then The Voyage of the Dawn Treader contains the metaphorical story of conversion: a sinner and outsider who finds himself unable to save himself. With the help of Aslan, however, Eustace is renewed and saved physically as well as spiritually, and the evidence is manifest to everyone.

The Voyage of the Dawn Treader invites the reader on a journey that encourages the conversion of mind, body, and spirit. Eustace exemplifies the modern skeptic, encumbered by a lack of imagination and an overabundance of scientific reason. His conversion offers the gift of belief in the fantastic. His transformation is the skeptical reader’s conversion. May we all hold onto our beliefs in the wonder of fantasy, making space for clear logic and reason even as we leave the door open so that a little bit of magic may find its way into our lives. 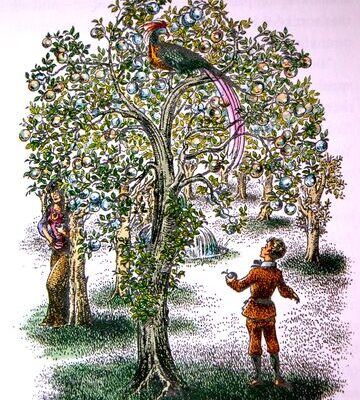 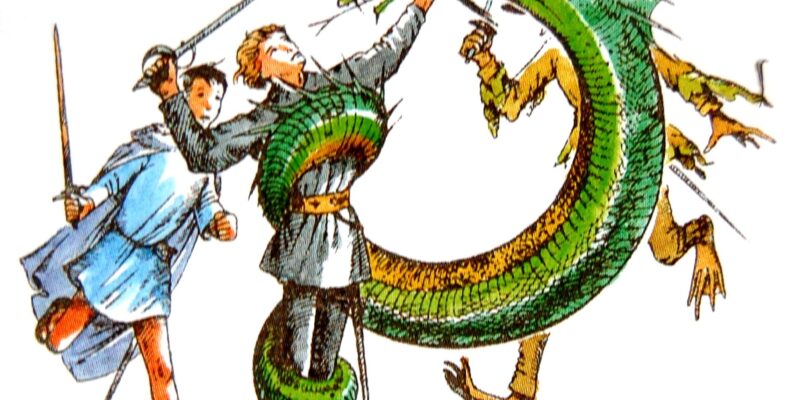 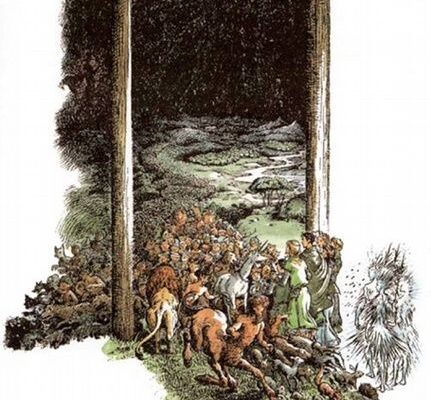 August 23, 2021 Leave a comment
Religion in Narnia: Tashlan, the God We Create