ANELC21 featured Geoffrey Khan (University of Cambridge) in the second of four eLectures on connections between ancient Near Eastern languages. Khan spoke about the tradition of Tiberian reading or pronunciation of Hebrew Bible texts.

The Tiberian tradition of pronunciation for the reading of Hebrew was passed down by oral tradition and received by the Masoretic community of scribes who wrote the text out in the form that it is primarily used today for original text biblical studies. However, when the Qumran scrolls were discovered, scholars confirmed a much wider variety of pronunciation than what had been preserved in the later Masoretic text. Khan’s lecture processes how we should think about these variations by looking at the history of pronunciation in early written translations and works out how Tiberian readings preserve the oral tradition in the written text. He referred to Tiberian as a “living tradition” of reading written Hebrew.

Besides the Aleppo Codex, which features Tiberian pronunciation, other readings may be seen in the Geneza collection. Manuscripts preserved Babylonian vocalization and Palestinian vocalizations. Khan explained how the Palestinian reading traditions are picked up in Sephardic and Ashkenazi communities, while the Babylonian and Tiberian extend from Proto-Masoretic influences. The Samaritan tradition evolved separately since their religious social order discouraged connections.

Khan argues that the Tiberian reading tradition has its roots in antiquity, menaing that the the kere forms of Hebrew are at least as old as the ketiv. For evidence, he provides linguistic analysis of vowel shifts in the Qumran scrolls and from early translations. The Tiberian tradition has its roots in the Second Temple Period. Languages in contact with proto-Tiberian tradition include Greek, Vernacular Hebrew, Aramaic, Other Canaanite vernaculars, Arabic. By resisting conformity with the vernaculare, Tiberian pronunciation contributes to the “living growth of the reading tradition.” His conclusions demonstrate a resistance to other languages in contact in order to maintain a distinct oral tradition and this as a means of function, so that clarity of meaning is prioritized in order to facilitate accurate interpretations of the text. 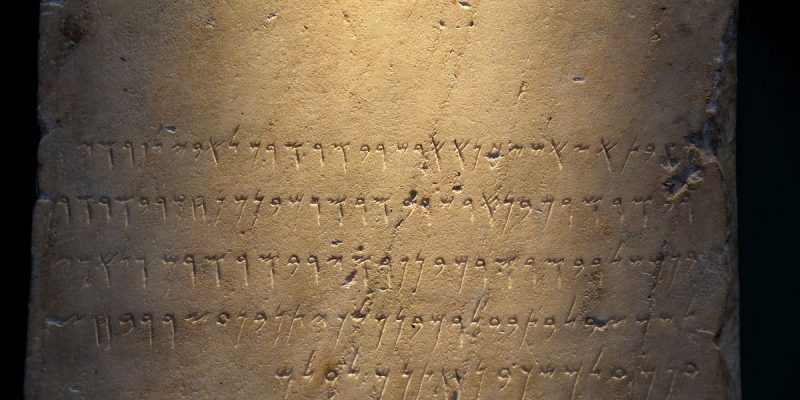