The consistent overarching narrative in the 12 Monkeys plot deals with how and why human suffering should be reversed. As the timeline changes, adapting to various efforts to reverse the conditions of the pandemic, the Splinter Project team constantly work to reprioritize their goals. This is perhaps best demonstrated in Season 4 Episode 6, Die Glocke.

Team Splinter must recover a clock thought to be on display in 20th Century Germany to impress Adolf Hitler. The episode is filled with excitement, as Dr. Jones cons her way into the party and creatively makes a way for her non-German American friends to join her. Jennifer Goines nearly steals the show while performing P!nk’s U+Ur Hand for the Führer as J. H. Bond, her 1921 French alter ego. In the episode, we are reminded that time travelers must make priorities in eliminating the source of human suffering.

The episode Die Glocke is a self-contained story that wrestles with the ethics of time travel priorities. “Save Hitler?!, That’s not what you do with a time machine,” declares Jennifer Goines. Anyone who has ever considered time travel has considered assassinating Hitler to save millions of lives and years of devastation. Even though science fiction has explored the possibilities, Hitler usually escapes judgment from the future. I’m thinking particularly of Dr. Who’s Season 6, Episode 8, Let’s Kill Hitler, where the Doctor accidentally saves Hitler. In the 12 Monkeys series, saving the lives of the millions who died during WWII did not compare to the billions of lives lost in the viral pandemic. The ethical priorities were made based on number of human lives lost. So, when the vital mission was accomplished and Jennifer Goines discovered she had the detonator for explosives planted by the French resistance, she doesn’t hesitate to press it before returning to her own time stream, killing Hitler in the process.

The ethical implications explored in this science fiction realm include the implications of making the world a better place by eliminating evil. Would people evolve differently, in a better way, without Hitler? Would the world have been a place of more peaceful co-existence than the world which made way for greedy people to eventually allow the release of a deadly virus? The answer provided through the series is “no”, evil actions remained, even without a Hitler to lead.

The deeper implications touch on a theological point. If a person had the power of a god, would they eliminate all suffering from the world? In the 12 Monkeys series, Team Splinter had the power to try and eliminate suffering at many points in history. They limited themselves to a single-focused mission: to take out the originator of the viral pandemic and thereby save seven billion humans. Along the way, they had to make choices to allow some suffering, some evil to exist, in order to preserve a bigger purpose. Because of this, the protagonists must justify their decisions. Others, they couldn’t really be heroes. In order to be on the side of good, they needed a philosophical anchor.

Their historical anchor was Cassie. She reminded the team (and the show’s audience) that suffering often gives rise to reinvention. She asserts multiple times that the Black Plague gave birth to the Renaissance. Historic devastation brings opportunities for renewal, invention, and innovation. The 12 Monkeys series is as much about time travel as it is about human responses to suffering. 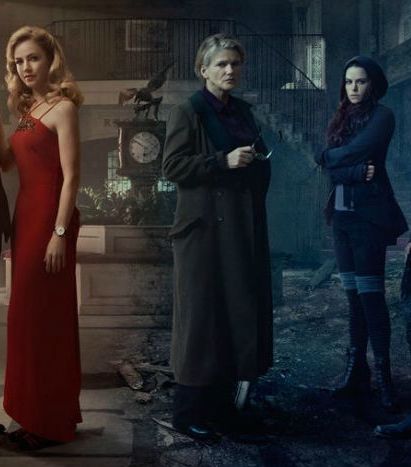